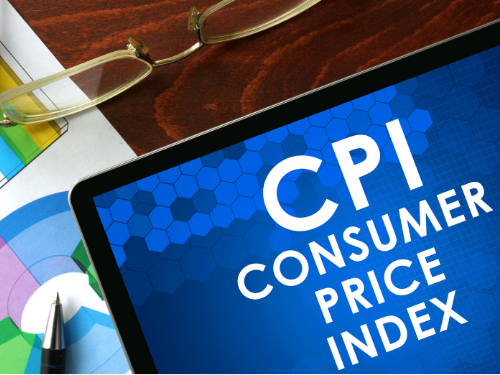 China’s November CPI is out, releasing at -0.5%, the first decline since October 2009, while the market expectation was 0.0%. This is likely a result of sluggish food price inflation. CPI is released by the National Bureau of Statistics of China, a measure of retail price variations within a representative basket of goods and services. CPI summarizes both the rural and urban regions’ price indices and directly reflects the purchasing power of CNY. An increase in CPI usually indicates that the economy is on the inflation track and is bullish for CNY. A lower reading, on the other hand, is a bearish sign for the currency. USDCNY has slightly risen to 6.5452 as of this afternoon, a 0.18% increase compared with the previous close.

As one of China’s largest trade partners, Australia’s relations with China continues to pressure AUD, and AUDUSD refrained from declining after China’s CPI release. This could be a sign of market’s cautious optimism, making AUD less likely to be affected by China’s market data.

In North America, Bank of Canada is expected to keep its monetary policy steady as it adopts a wait-and-see approach, after recalibrating its QE program to “shift purchases toward longer-term bonds” in October’s meeting. In the meantime, Prime Minister Justin Trudeau announced on Monday that “the first Canadians will be vaccinated next week if we have approval from Health Canada this week.” This positive factor may convince BoC to keep its current policy setting, which in turn, will pressure CAD’s further appreciation a little bit.